The City of Carefree invited Kiwanis to participate in their plans to build a new splash pad in the city garden area. Kiwanis agreed and plans were put in place to move the Gila Monster Slide to the west side of the park and build a splash pad.  The Kiwanis of Carefree Benefit Foundation agreed to provide over $100,000 (paid over 7 years) to be the sponsor of the splash pad.

The large metal sprayer was built to look like a scorpion and it was named “Kiwani”.  Kiwanis has the naming rights for the scorpion and the sponsorship of the splash pad.

Parents and grandparents enjoy taking their children to the splash pad during the first summer of 2016. We are proud to be part of this project that fits into the Kiwanis theme that “kids need Kiwanis”

During other seasonal events, the Splash Pad is used as a backdrop for Pumpkin Festival and the Christmas light show. 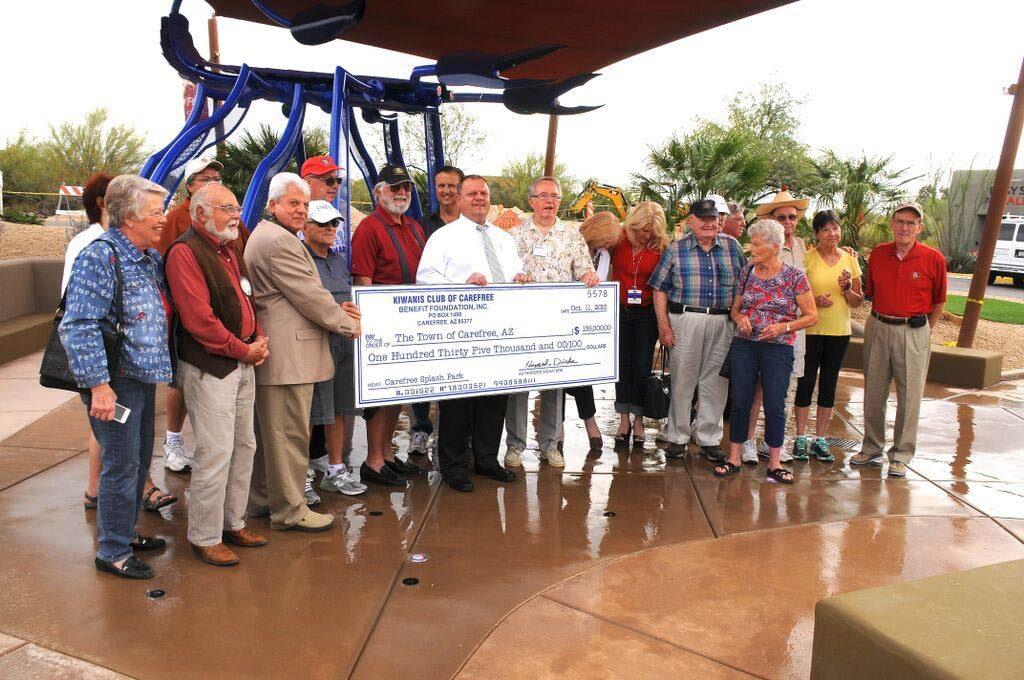 Page load link
This website uses cookies and third party services to optimize site functionality to give you the best possible experience. ACCEPT
Go to Top